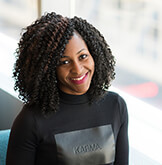 Un hired candidates – 10 Types Of Candidates Who Don’t Get Hired Easily! (Don’t Be One Of Them)

Who are un hired candidates?

These are those people who apply for a position almost immediately after it is posted but end up saying nothing more than a ‘yes’ or a ‘no’ during the interview. They prefer answering everything in monosyllables and often come across as someone who was either forced to apply for a job or has lost interest in it suddenly.

Ever heard the elderly say, ‘leave your phone for a while’? There is a whole lot of reason behind it than just their old thinking – it shows disrespect. These are those people who very confidently set their phones aside before the interview, but definitely check for notifications every time they find a window. This can make you un hired candidates

3. The Self Proclaimed Sun

This might come across as confusing but it refers to the people who think everything revolves around them – even the company they just applied at! It is easy to recognise this kind as each of their questions are aimed at knowing what’s in it for them – the benefits or perks the company has to offer, how it will let him grow in the industry, etc. Trust me when I say this, these aren’t the team players that hiring managers are looking for.

The ones that walk in with a grin much bigger than their own size at the start of the day, are not to be trusted. These are the un hired candidates that show over enthusiasm in joining an organization with absolutely no concrete reason behind it. To hiring managers, these are the kinds who are probably just full of words and have no capability for action. This can make you un hired candidates

So you just asked the un hired candidate about his opinions on feminism and all you got is a blank expression in return – congratulations, you can stop taking the interview right away! These are usually the kind of people who come across as emotionless and blank to sudden situations – not the kinds a company would want to have around, especially in dire times.

The un hired candidates who nod their heads in agreement with everything you say – wrong or right, come across as people who are either not listening or have absolutely no opinion of their own. Either ways, these are the kind of people most companies don’t like having around. They want their employees to be able to distinguish between the right and wrong by themselves and add to the ideas for growing the company, which isn’t really possible for someone who can’t make up their own mind. This can make you un hired candidates

7. The Master Of None

Being willing to learn things from fields apart from yours is a good thing, but not knowing what you can do best and how exactly can you add to a company’s growth can certainly lead to losing a lot of brownie points. These are the kind of people who are willing to take just about any job at an organisation because for them, it is all about getting a job in the end. This can make you un hired candidates

The one that comes in and plonks himself on a bean bag without really even exchanging the initial greetings is often deemed as ‘sloppy’ by the hiring managers. These un hired candidates have an answer to just about everything and the surprising part is that they are all full of ‘ummm’. Mind you, they aren’t the dumb ones, just people who are far too lazy to be aware of what they are doing and saying. The probability of these kinds getting hired is always 50-50 on the hiring manager’s scale.

The ones from whom you wanted to know all about their relevant work experience, but came away cringing because they didn’t really have an answer. These un hired candidates usually improvise on the experience listed on their resume, and come across as one of those workers who was just following the herd, clueless about where he was headed for such a long time! This can make you un hired candidates

And the last of them all,

These are actually the deserving un hired candidates who get rejected for being overly modest in their resumes. Either they cut out on far too much information or they add just about everything, making their resumes look nothing less than extensive whitepapers.

Do you know someone who displays any of these personalities and is actively looking for a job, but has nothing better to do than come back to you and crib about the system? Please feel free to share this post with him and help him break out of the unemployment rut.

As far as the hiring managers who have dealt with such people go, I truly sympathise with you and applaud you for your patience to sit through those 30 minutes. I wish you better candidates here on!