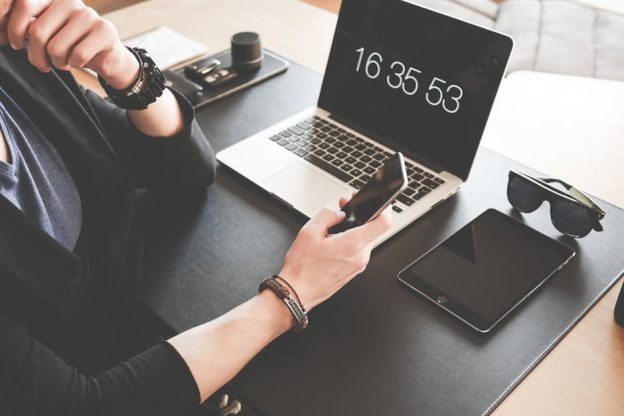 So, if you’re hoping to land a job at one of the best tech firms around, keep reading. And while you’re at it, polish that resume and get on with your interview prep because these top jobs will need a lot more than clicking the ‘apply’ button.

And finally, here are the 7 top tech companies offering some of the top tech jobs in India.

Directi is a 19-year-old company which still runs its operations like a startup. Take one look at their cool office space or awesome employee perks, and you’ll know the kind of culture the company breeds in its premises.

If you don’t already know what the company does, Directi makes mass-market web products for businesses as well as individuals. Their diverse portfolio holds businesses such as Radix, Ringo, Flock, Zeta and Codechef. Interestingly, they sold one of their businesses, Media.net, for $900 million last year!

What’s more, Directi has a group enterprise value of $1.4 billion with a presence in USA, UAE, and India. Some of their projects include modules that crawl over 90 million domains, power 3+ million domains etc. Additionally, they’ve created pioneering work in antispam, email, social networking, instant messaging, direct navigation and many other product areas.

Famous for its employee perks, the company offers one of the best salaries in the industry. Further, it sets a fun culture by offering things like healthy snacks and drinks on the office, cabin or open desk, Mac or PC, a concierge for your little tasks and so much more. Undoubtedly, they are one of the best tech companies around with Top tech Jobs. Right now they’re looking for folks who want to change the world with cutting edge tech.

Did you know Jeff Bezos worked at D. E. Shaw before starting Amazon? Yeah, he did! Apart from Bezos, the company has produced 3 other billionaires as well. Incredible right!

At its core, D. E. Shaw is a hedge fund (one of the top five at that). But since its early days they’ve diversified its work and now they’re a mighty global investment and technology development empire. Known for its pickiness when hiring, the company is famous for hiring mathematicians and engineers and counts its employee as some of the best brains on Wall Street.

All in all, if you’ve got an analytical mind and math isn’t your enemy, D. E. Shaw is going to love you. With great benefits like game rooms, guest lecture learning, snacks and more, you can expect everything at D. E. Shaw that top jobs at the best tech companies have to offer.

Here are some of the Top tech Jobs they’re hiring for their Hyderabad office:

You won’t be wrong at all if you call MakeMyTrip the father of online travel in India. Set up in 2000 when the internet generation was still in its infancy, MakeMyTrip changed the way Indians travelled.

Started by Deep Kalra, the company began its journey in the US-India travel market. It provided a host of choices and a swift booking system which reshaped the travel experience for everyone. And they achieved all of it on the back of their superior technology.

So, in the new world of big data revolution, MakeMyTrip is changing the travel industry again with their strong tech stack (Kafka, Hadoop etc.). The company is also listed on Nasdaq so if you’re looking for top jobs at the best tech companies, look no further.

Here are some Top tech Jobs they’re hiring for:

I don’t have to tell you a thing about Paytm but I will anyway.

Paytm is the first Indian company to raise funds from the Chinese ecommerce giant Alibaba. Since its founding in 2010, the company has grown into 13,000 employees as of January, 2017 and has 3 million offline merchants across India. What’s more, the parent company of Paytm, One97, was valued at $5 billion the last time it raised about $60 million in August-September 2016.

And post-demonetisation, Paytm was like a unicorn on steroids. The app downloads went through the roof and hiring became a hungry need. So, to say Paytm is “the” place to work at right now will be an understatement.

You can’t find better top jobs at the best tech companies than in the fintech domain right now, of which Paytm seems to be the leader now. They’re hiring folks who can rework challenges into solutions quickly and can handle the fast culture. Out of the many Top tech Jobs at Paytm, here are a few:

AppLift is a major player in the ad-tech space, and their flagship product is DataLift 360. It’s a programmatic platform that allows mobile advertisers to launch their apps, grow and retain users, all from a single interface.

AppLift is headquartered in Berlin, Germany, and has offices in Bangalore, San Francisco, Seoul, Tokyo, Sao Paulo, Shanghai, New York and Singapore. Since the time of its inception in 2012, AppLift has grown from a company of 5 employees to a strong global force of over 250 employees. So if you love data, design, all things m-commerce, and are looking for Top tech Jobsat the best tech companies, AppLift is your stop.

This is one company that has a tagline as simple as it’s true – The easiest way to e-File Income Tax Returns in India.

We all know the mess that is filing returns or filling out the dreaded Form-16. And if you’re anything like me, a trip to a CA’s is a sure deal. Enter ClearTax. With ClearTax, you can E-file your income tax in the shortest time while maximizing deductions. Simply put, ClearTax is one of the companies that have a direct positive impact on everyday lives of the citizens.

Notably, in 2014, ClearTax became the first India-focused startup to be funded by Y-Combinator. Overall, they’ve bagged funding of around $15.3 millions. What’s more, their tech stack is as diverse and vibrant as their team, a few examples of which are Node.js, React.js, and F#.

Currently, they’re looking to hire ambitious folks who want to simplify every Indian’s financial life. Which definitely puts their Top tech Jobs among the top jobs at the best tech companies in India.

The last tech company in this list of giants is BankBazaar – which is constantly ranked amongst hottest startups in India.

BankBazaar makes it easy for the regular guy to easily compare and research about various financial instruments. For example, you can research on, get a quote for, check your eligibility for personal loans, home loans car loans etc. They have a host of other features like user reviews and full details about financial plans in one place, making it an immensely useful resource. They have also tied up with top Indian banks like HDFC, ICICI and Axis Bank to process your loans without any hassle from their platform itself.

Currently, they’re looking for self-starting talented folks who can lead by example. Finance is a pretty interesting industry to be in right now and has the potential forTop tech Jobs at the best tech companies. To convince you better to join BankBazaar – they’ve raised $79 million from top investors like Sequoia, Fidelity and Amazon.