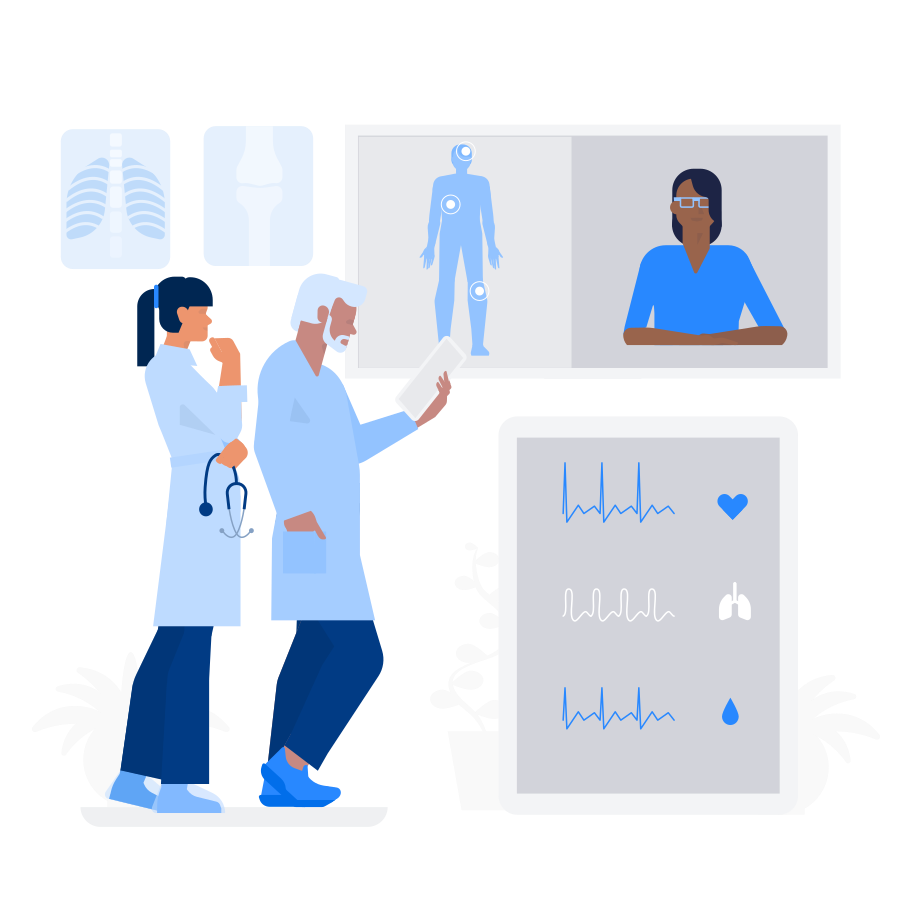 Why you should prioritize diversity instead of going for cultural fit

Research shows that 43% of the companies with diverse management deliver higher profits. When you hire a diverse workforce every single person will have something new to bring to the table giving you endless opportunities to grow.

‘Make sure the person you hire can fit in our company’s culture.’ Do you keep getting this as one of the pointers from top management while hiring? Well, while it’s great to have like minded people to work together, if you think about it in the long run, it reduces growth and possibility for innovation. Take a second, think about it, if you sit down for a discussion and everyone comes up with similar ideas, your ‘out of the box’ idea would also end up being from ‘inside the box’. So, being innovative and having varied opinions will become a difficult task to achieve.

On the other hand, working with people from different backgrounds might initially sound like a challenge but as you go about you will be surprised to see the possibility for growth. Research shows that 43% of the companies with diverse management deliver higher profits. When you hire a diverse workforce every single person will have something new to bring to the table giving you endless opportunities to grow. Trust us, finding a cultural fit is now an old school concept and as we move forward the more diversity the better. This is also a great opportunity for your employees to learn from each other.

So, next time you hear these words or something similar here’s how you can put forth the idea for hiring a diverse workforce supporting your argument with the example from top companies.

So, this might not come out as an absolute shocker but a study by Mercer in 2020 done with 1,100 companies showed that globally only 23% of women hold executive positions. While there are laws that promote gender equality in the workplace, and several companies have been dragged to court for the same reason. Somehow companies still struggle to maintain gender diversity and it is one of the biggest challenges. Well, the case might be so because not many of the corporate setup are prepared to accommodate the needs that support them to reach at the top of the funnel. While well aware of the benefits of having gender diversity the challenges that come with it often make the companies take the safer route.

So, how did Sodexo manage to turn 17% of women workforce in 2009 to a whopping 55% in 2020? And not just that women make up for 58% of their board of directors. They have 14 Gender Balance Networks worldwide. And all they did was commit to achieving the goal and set rules to ensure they accommodate people from all genders. From zero tolerance for workplace harassment to self awareness training programs, Sodexo thrived to achieve the goal. And they did. So, what did it do for the company? Well, the brand image improved by 5 percentage points and the gross profit went by 23%. Now, who wouldn’t want those numbers?

‘It would be better if we hire someone with experience and preferably from the same industry.’ If this is something you think about before hiring well, it’s time you need to think over it. While it’s great to hire experienced people as it reduces the effort and time consumed in the training process. But then there’s the flip side of this otherwise safe and great idea, a smaller pool of candidates and technology becoming a pain than boon. We all would be lying if we say that hiring freshers is bad for business, won’t we. Currently the Gen Z’s make up for 21% of the world’s working age population but only 36% of that number is employed. That’s a very low number considering we all are aware that the younger generation is quick with technology and comes up with creative solutions that solve modern problems. But also, constantly hiring new blood is also not that great, like anything else there needs to be balance. There is  a bit of challenge when it comes to baby boomers and technology but it’s nothing that can’t be resolved. Afterall, Mastercard overcame that problem and landed a position in Top 10 of DiversityInc’s 50 Best Companies for Diversity list.

So, how did Mastercard create a perfect blend of seasoned and freshers in the organization? Currently their staff includes 48% millennials, 40% Gen X and 12% baby boomers. Mastercard is well-known for its diversity with 8 strong Business Resource Groups supporting it. To bridge the generational gap Mastercard has a dedicated group called “YoPros” BRG (the Young Professionals Business Resource Group) that offers a one-on-one ‘Social Media Reverse Mentoring’ program to older employees to make them social media savvy. This is a great initiative and has proven extremely successful for Mastercard.

80% to 90% of people with disabilities are unemployed in developing countries and for the developed countries it still remains 50% to 70%. What do you feel when you read these numbers? While there are so many laws promoting companies to hire people with disabilities the number still remains low. The biggest reason is the infrastructural adjustments required. A lot of companies find it difficult to accommodate their needs and hence shy away from employing someone who might need a little extra focus. But if you think about it these adjustments are nothing compared to the positive impact it will have on your business.

Accenture is one of the firms that decided to open its doors for everyone who has the zeal and passion to work for the company. They are continuously working towards being a company that caters to the needs of all its employees to make them feel equal and respected. No wonder they have a score of cent percent in the Disability Equality Index. “Disability inclusion is really personal for me, and I am proud of the work we are doing at Accenture. We set goals, have an action plan and are measuring our progress. But we also have much more to do.” says the CEO of Accenture, Julie Sweet. Accenture is also highly inclusive of various racial and ethnic backgrounds along with veterans, military spouses, apart from persons with disabilities.

Lenovo and focusing on the spectrum-

Just a quarter, yes, only 25% of people who identify themselves from the LGBTQ community stick to their jobs as a result of the inclusivity policy. But unfortunately one in every two employees LGBTQ community is subjected to offensive jokes, harassment, and a hostile work environment. The lack of awareness about the community and proper laws to protect and respect their identity often leads to the majority of them staying mum about their orientation and leading an unauthentic life at the workplace. Over the past years a lot of countries have laid down laws to ensure that the community feels safe and respected. But the corporate world is still catching up.

One company that is absolutely proud and has adjusted itself to not just make the employees feel welcomed but also safe. In fact, Lenovo scored 100% in 2017 and 2018 on the Corporate Equality Index, which rates LGBTQ policies and practices. They have a three part plan to encourage diversity and inclusion at the workplace- Code of Conduct, Office of Diversity & Inclusion (D&I), and Commitment to Others. Lenovo actively participates in Pride marches and their StoryHub’s diversity section is bound to make everyone smile. We highly encourage you to check it out- https://news.lenovo.com/storyhub/diversity/.

A study done in Britain in 2016, revealed that over 70% of Asian and Black workers said that they had experienced racial harassment at work in the previous five years. And unfortunately these numbers are higher in the industrialised nations as compared to developing nations. The lack of empathy towards culturally and racially diverse people is the major cause behind the injustice. And though most of the companies claim to be becoming more accommodating but the employees are yet to experience the same. One company that has been faring well in this aspect is Microsoft.

When Satya Nadella became the CEO of Microsoft, one of the changes he wanted to bring in the company’s culture was empathy towards cultural and racial differences among its employees. He strived to resolve the discrimination by not just hiring more people of colour but creating awareness among the existing employees. He takes a stand whenever there is an injustice and the company’s annual diversity and inclusion report helps them keep a track of their progress. He understands that the shift will take time but he firmly believes that it’s achievable. Microsoft currently has 48.9% of it’s workforce globally who are from different cultural and racial backgrounds as per their 2020 report. And we are sure the numbers will continue to rise.

Bringing in change is difficult and often involves risk but one change that has zero risk and is sure to reap benefits is breaking the cultural fit and moving to a diverse workforce. High time that our doors remain open for everyone without any terms and conditions stated or believed. So, what are you waiting for? It’s time to break barriers, next time you hire make sure there are no ifs and buts except for looking for quality candidates who are passionate to work with you!