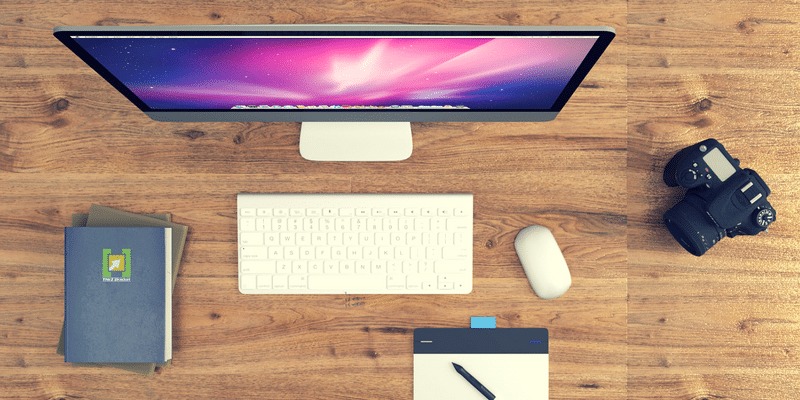 Skill of the month – iOS Developer

For all you iOS developers out there, these are exciting times! Apple just unveiled its brand new iPhone 7 and iOS 10. With some major hardware upgrades like A10 Fusion chipset with the quad-core processor, Apple also released a host of new features for iOS 10.
Noteworthy among these iOS 10 features are – opening up Siri to developers, more contextual awareness in Siri, new “raise to wake” feature, extended third-party app functionality in iMessage, and expansion of 3D Touch on the home screen.
All of this extended functionality has got startups hiring iOS developers on the double. As a result, the demand for skilled iOS developers has skyrocketed on our platform. And that’s why iOS developer is the Skill of the Month. For you that means – we’re introducing 10 funded startups and big companies that are currently hiring iOS wizards.

Let’s begin with a startup which has grown a loyal 100 million user base – Dailyhunt. It’s India’s largest local language news & eBooks platform with offerings in 15 languages. Formerly called Newshunt, Dailyhunt was created by ex-Nokia employees Umesh Kulkarni and Chandrashekhar Sohoni in 2009. It was later acquired by entrepreneur Virendra Gupta.
Dailyhunt is building a platform and destination for multi-format content consumption and creation for local language users. Last year, they clocked a humongous three billion monthly page views. Hence, it’s no wonder they raised $83 M from 7 investors some of which are big guns like Sequoia Capital and Matrix Partners. They’re presently looking for an out-of-the-box iOS developer to beef up their tech squad.
They’re hiring an – iOS Developer

Directi is the brainchild of now-billionaires Turakhia brothers. If you haven’t heard of them, you should now. Especially after they sold their firm Media.net for a whopping $900 million this August.
In 1998, they built Directi – a software product company with offices in India, US, China, and the UAE. Directi deals in – web presence (domains, hosting, cloud infrastructure); online advertising (contextual advertising/ad networks); and communication & collaboration (unified chat/messaging).
With a vast portfolio of companies under its umbrella, Directi is valued at $1.4 billion. Interestingly, all its businesses are bootstrapped and rank among top 5 globally in their respective space. Want to work with the masters of bootstrapping?
They’re hiring – iOS Developer : Platform

Simply put, Goodbox is Whatsapp for shopping. It’s an app for users to find and buy from businesses directly. You can chat, order and pay these businesses on the app itself.
For businesses, Goodbox provides a mini app within 5 minutes. They can create their mini app/store within the Goodbox app. These businesses treat their mini app on Goodbox like their own app and invite their customers to buy from them online.
If you want to build products that have a visible and immediate impact on people’s live, Goodbox is searching for a talented iOS developer. Oh, and they are securely funded with $2.5 M in their pocket.
They’re hiring – iOS Developer

“We work on preventing people from becoming obese, diabetic and we save people from heart attacks. And we do it via code.”
That’s their mission and they plan to get Indians in shape with it. Healthifyme is a fitness app that has bagged Top Developer Badge – Google Play’s highest recognition for quality and innovation.
Currently, they boast of a user base of 5 lakh people across Android and iOS. Co-founded by Tushar Vashisht, Sachin Shenoy and Mathew Cherian in 2012, they were incubated at Microsoft Ventures. And about their funding, they’ve received $6M in 3 Rounds from 9 Investors till date.
They’re hiring – Senior iOS Developer

We would just be wasting our breath by introducing Makemytrip. Of Course, everyone knows about the pioneer of the online travel industry in India.
So let us tell you something else. Like their diverse tech stack – Java, Android, iOS, Hadoop, Cassandra, and Kafka. Or that they’re one of the companies that offer best perks and benefits in India. Or that they’re listed on Nasdaq.
So, what are you waiting for? Quickly turn in your resume to work with one of the elites of Indian startup.
They’re hiring – iOS Developer

House-hunting is probably the only aspect we hate about our lovely homes. Add to it the non-stop calls from real estate brokers plus their sky-high fees, and the whole episode becomes a living hell.
That’s exactly the kind of experience NoBroker.in saves you from. Amit Agarwal and Akhil Gupta created this brokerage-free marketplace to bring peace of mind to both house owners and tenants. Till date, they’ve secured $13M in funding from SAIF partners and others.
These guys are also looking for an iOS developer to build a highly responsive and scalable platform.
They’re hiring – iOS Developer

As you can guess by the name, Shaw Academy is a professional training and higher education platform. Headquartered in Dublin, the academy provides real-value online vocational courses for professionals as well as amateurs. For instance, they have courses in digital marketing and photography.
They offer educators and qualified support teams throughout the entire duration of each course. Right now, they’re looking for exceptional an iOS developer who can build and improve their live web-based education portal. Their local offices are in Bangalore.
They’re hiring – Senior mobile app engineer- iOS

Toppr is also an education platform but totally different from Shaw Academy. They provide app based learning to classes 8th to 12th. In addition, they also offer app based training for various entrance exams like IIT-JEE and NEET.
Founded in 2013 by Zishaan Hayath and Hemanth Goteti, Toppr has raised $14.2 M funding by the likes of SAIF, Helion and Fidelity. Right now, they’re looking for competent and energetic developers to join their team.
They’re hiring – iOS Developer

For all you weekly spa regulars, here’s a stupefying figure – Global wellness industry is a ginormous $3.7 trillion market. And unlike most industries, it’s been slow to adopt tech innovations.
This is exactly (and very smartly) where Zenoti comes in. Founded in 2010, Zenoti is a cloud based platform that provides services like appointment bookings, billing, inventory management, custom reporting and targeted marketing for the entire spa and wellness industry.
They’ve raised $21M from bigwigs like Norwest and Accel. Well, if you serve 5,000 customers in 32 countries, that kind of money is bound to be coming your way. So, if you want to be a part of a truly diverse team, they’re looking for you here.
They’re hiring – Software Engineer (iOS)

Swiggy is the only one which has managed to ride the tide that sank multitudes of on-demand food delivery startups. Their secret? Time-guaranteed deliveries and an obsession with keeping customer service levels ridiculously high.
They are trying to solve some interesting problems in the food & logistics space such as building cloud kitchen infrastructures, building a scalable platform to support a lakh orders per day.
With $75.5M of funds secured in 5 Rounds, they’re looking for iOS developers ready to grow and thrive in exciting and challenging environment.
They’re hiring – Software Development Engineer (iOS)
Our startup space suffers deeply from the lack of top-quality talent. We need people with crazy programming skills. So, if you’re worthy of every line of code you write, we dare you to apply to one of the (above mentioned) open positions.]]>