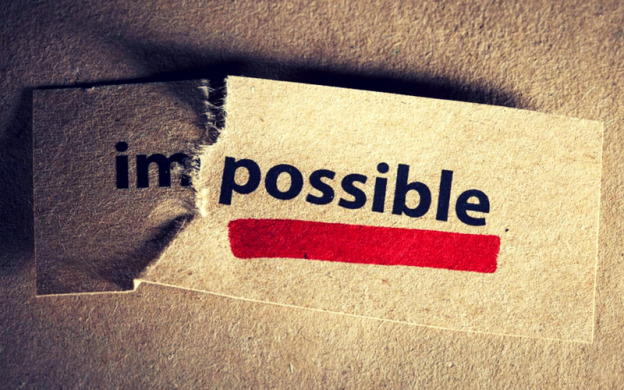 5 Inspiring Success Stories that Show How to Overcome Failure

How to overcome failure? Successful goal requires a lot of effort in the background, which rest of the people rarely get to see. Perhaps it’s best encapsulated in the following quote –

People (this generation?) often want success without struggle and forget to pay their dues to the hard work. Now, you listen carefully – you can’t become a success story without the effort, the sweat, the pushing back of boundaries, and improving with every fall.
And if you can’t remember those cliches, I’m going to take the story route. Below are inspirational success stories of hard workers and how they reached the elusive top. Here they are!

The person whose world-changing invention was the result of a 1000 times failures. The bulb was such a great invention that it bred numerous future inventions on its back.
When Edison was a child, his teachers called his parents regularly and tell them that their child is weak and can never succeed in life. His teachers were convinced that teaching a brain as slow as his, is a waste of time.
But no one knew that this person will invent so many things that people won’t forget him even after centuries! And the biggest learning of his success story were his 1000 attempts when he failed at his job. But he never stopped; his drive lead him to astonishing success and now he is one of the world’s most famous success stories.

If Edison was the King of failures, Rowling would be the queen of rejections.
“The first agent I ever queried (for Harry Potter) sent back a slip saying ‘My list is full. The folder you sent wouldn’t fit in the envelope,” says Rowling. To add to the agony, the agent even kept the folder in which she sent her book.
To which she says, “I really minded about the folder, because I had almost no money and had to buy another one.” Says a lot about the humble beginnings about someone who has consistently been among Europe’s richest persons – after her books and movies released.
But she never gave up trying – even after rejections from 12 publishers. And that’s a classic tale of motivation and mindset that’s needed to reach the top bestsellers in the history of literature.
I think it’s finally settled – success stories are built on the back of hard work and steely determination, not daydreaming during the job.

He was fired from the newspaper animation job for “not being creative enough.” And that was the turning point of Walt Disney’s life.
Instead of moping around, Disney drew motivation from getting the boot. He started creating characters, one of which made him a fortune he couldn’t even dream of at that time.
Today, Disney’s Mickey Mouse is so iconic that its popularity is more than almost 90% of humans that are alive. Think about that – a cartoon character so larger than life that it overshadowed real humans.
Disney went on to win 22 academy awards (the most ever!) plus 4 honoraries, taking the tally to 26. He’s also the most oscar nominated person in history with a total of 59. From getting fired to becoming filthy rich for the same reason he was fired for, success stories like Disney’s should be taught in school.

Have you noticed the pattern yet? We’re not just telling the tales of individuals who reached the top. Actually, we’re celebrating the success stories of people who were kicked to the curb before they finally owned the street.
And the latest one in this genre is Jan Koum. Although he wasn’t your typical victim, he faced some pretty tough rejection before sticking it up to the folks who had rejected him for the job.
Koum, born n raised in a small village in Ukraine, was the only child of a housewife and a construction manager who built hospitals and schools. Incredibly, he didn’t even have hot water growing up.
Several years down the line, he (along with Brian Acton, his co-founder) again faced crisis in life when Facebook refused to offer them a job role. Of course, that stung like hell. But what they did next is the stuff of industry legend!
Jan and Acton created a chatting app called Whatsapp.
Yeah, the same app you’re using right now. These guys grew WhatsApp’s user base to a blinding 1.2 billion people per month. Of course, it became impossible for Facebook to ignore them anymore.
Finally, Jan and Acton sold it for a crazy $19 billion to the same company (Facebook) that refused them employment! Karma, huh. What would’ve happened if Facebook had accepted these folks before?
And that’s why it’s one of the most badass success stories of our times.

I can bet (and you know this as well) that all your success stories combined will fail to surpass Bear Grylls’ mere 20% achievements.
Because you can’t compete against a guy for whom success means defying death and proving that human body has no limits. Now, what’s your biggest success again? Earning a million? Cute.
What’s also cute is that he was famous as “bear” in the family ever since he was 1 week old (his sister gave him the nickname.)
And here’s the mind-blowing part.
At the beginning of his career, Bear Grylls served in Special Air Service (SAS), a well-known special forces unit of the British Army. There, he trained in winter warfare, jungle survival, demolitions, trauma medicine and high-speed driving and other survival skills.
And that’s when the accident happened.
During a freefall jumping exercise in Zambia with his SAS squadron, Bear broke his spine, landing on his back. His parachute had refused to open at 16000 ft. The damage was so severe that doctors/surgeons told Bear that he might never walk again. Guess what happened after?
Guess what happened after?
Just under 18 months after the injury, Bear conquered Mt. Everest – let alone have difficulty in walking. Plus, at 23, he became the youngest Brit to scale the mountain. He’s never looked back since.
Honestly, none of it was remotely easy, of course. Like all successes, this one also came to Bear by pushing his body to its limits at the gruelling rehab programmes conducted at military centres.

From almost-sure paralysis, he jumped back up again to full health recovery – in a time period simply impossible for mortals!

In other words, every task you’ve seen Bear do on TV wasn’t close to being as difficult as repairing his body. And that’s the exact stuff of success stories and legends.
Alright, the list ends here.
In parting, I’d just say that success in a job, a task, relationships, life, physical activities etc. takes mental, emotional, and physical strength. Your sweat decides how far you actually reach.
But the silver lining is – whatever was impossible to someone has already been done by someone else. So, by reading examples of successful people you can perhaps take a page out of their playbook. After all, it’s the winning playbook.
Note: Success starts when your work begins speaking for you. At Instahyre, the best companies are currently hiring smart folks and giving them opportunities to shine. Drop by here.]]>