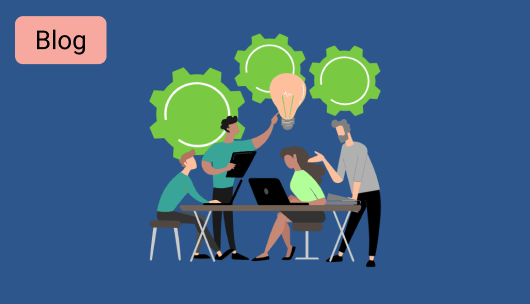 Super collaborative hiring for a team , by a team!

A fair and smart hiring system lays the foundation of a successful organization. It is the first step towards team building and hence, decides the fate of an organization and how far it will go. Collaborative hiring is a relatively new concept that is increasingly being embraced by more and more companies across the world. It puts forward a simple logic that if it is the team that has to ultimately work together, then whether or not a candidate is fit to join should also be decided by them rather than by the HR department alone.

Why should organizations opt to hire as a team?

It results in not missing out on great candidates Recruiters can face lots of challenges as they lack experience in managing responsibilities of the roles for which they are recruiting. Different industries have different needs and demands. So although a recruiter may do good job in hiring for certain positions, when it comes to specialized skills like software engineers, a recruiter may not be able to identify the best candidates for the position. On the other hand, other engineers in the team would be best suited to do so. It makes the interview a more fruitful process When a team is involved in collaborative hiring, they are able to gauge a candidates capacities more closely than someone who is not part of the team. After all, they know the scope of work and the strengths required in a chances of a candidate fitting well into the team or not.

It also saves the candidates time as there is no point in calling someone, round after round and then hiring them for a team that can’t even benefit from that candidates contribution. It Speeds up Rapport Establishment When a team chooses a candidate, it is easier for them to break ice once the chosen one joins them. The teammates are able to establish a rapport soon and get to work with more comfort and ease. This ensures more productivity and employee satisfaction, too. The company also gets to save a lot of time that is wasted when a new candidate joins.

It Increases Accountability among Employees It is always very encouraging for employees to know that their organization trusts them with important decisions. Which is why when they are entrusted with the task of hiring, it increases their sense of responsibility and accountability. It also makes them very careful regarding the whole hiring process. They know that they have to pick the best and the most compatible candidate, because eventually, they have to spend time working together and give results.

It increases companionship and creativity, too. One can assume that on a higher level, hiring as a team is a great way to save the company from politics and blame games, later on! It Significantly Brings down the Chances of Mis-hiring Hiring a wrong candidate can cost an organization dear, in many aspects. It is a mammoth waste of time time invested in interviews, verifications, paperwork and orientation. Then, it is a waste of money and energy, too, for an employees abrupt departure affects work and productivity of the organization.

It also leads to another vicious cycle of selecting candidates for further screening. When a company allows collaborative hiring, it brings down the chances of mis-hiring. A team involved in hiring process means a higher probability of finding the right candidate. Since all the important points like scope of work, prerequisites and skills involved are discussed in the very nascent stages of hiring, there is very little room left for wrong candidate selection.

Instahyre Helps You Hire As A Team!

We realize the importance of getting your team involved in hiring, and allow your company to add an unlimited number of team members to your Instahyre account. The idea is to have hiring managers and team members identify the most relevant candidates, and the HR team to engage with those candidates before and after the interviews.

Moreover, we have different permission levels that allow interviewers to use the platform and review candidates without having access to any compensation information, or the ability to directly make interview offers. Companies who have added multiple team members have seen a 3x conversion rate as compared to those who haven’t!