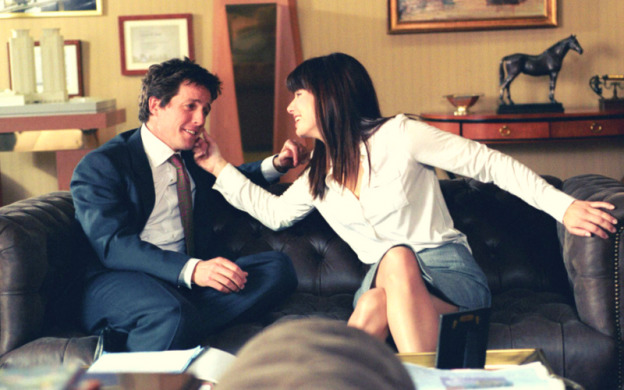 5 Most Famous Office Romances: Greatest and the Worst Hits

So, arguing the morality or social correctness of an office romance makes no sense here.
Instead, let’s have a look at a few tales of passion from the offices around the world. More specifically, the romances involving shakers and movers of the world.

Let’s kick off the list with a guy who held (arguably) the most powerful office in the world. The story goes that the former president of United States of America, Barack Obama met the beautiful Michelle in a law firm in 1989.
He had just joined as a Summer Associate while she was already a young lawyer there. Funnily, Michelle Robinson was then assigned to be Barack Obama’s adviser.
Michelle has claimed that it would’ve been awkward for an advisor to be dating her protege. Smart women indeed.
However, Barrack could not set his mind off of her. But Michelle kept refusing. Finally, when he offered to quit his job, she relented. Thus, the office romance was given a chance and three years later they got engaged and married the following year

The choice to pick a couple to follow Obamas couldn’t be easier.
Raunchy, scandalous, notorious, this office romance was the stuff of the legends when it happened. And even now, you can measure its popularity from its status as a pop culture reference.
BiII Clinton almost lost his job when it was revealed that he, the then President of the USA, had a sexual relationship with an intern named Monica Lewinsky.
He denied the allegation but then a tape surfaced in which Monica was heard confiding in her co-worker, Linda Tripp. Not only Washington, this white house romance shocked and amused the whole world for decades.
later, Bill was eventually acquitted after being tried for impeachment.

Bet you didn’t know this one!
BiII Gates met Melinda French for the first time in a press event. She was a fellow Microsoft employee. Can you imagine Bill asking a lady out to dinner on the first day they met?
Well, he did.
According to stories, Bill ran again (after the dinner) into Melinda later that day in the parking lot. He asked Melinda again. But she declined!! She thought it was a bad idea to date the CEO of your employer company. Another smart woman.
But eventually they connected, ended up dating for 6 years and the rest is history.
I wonder if he exercised some of his special cupid rights after facing rejection, being the CEO n all. I know, no way actually. Just imagining things.

Stephanie is an American attorney. She’s also the former assistant to David Letterman on Late Show with David Letterman.
Birkitt was usually treated on the show as a character named Vicki. However, Letterman has also called her by various other nicknames such as Smitty, Kitty, Monty, Gunter, and Dutch.
In an incredible turn of events, in 2009, Letterman was allegedly blackmailed for extortion of money. The pitch was Letterman had indulged in multiple sexual affairs with a number of women employees on his show.
Well, gotta give it to David coz he didn’t deny the allegation. It all turned out true! Later, the blackmailer was found out to be an ex of Birkitt, who did have an affair with him.
Apparently, he had read Birkitt’s diary and a few email exchanges with David and decided to go rogue.
Birkitt has since maintained that she had no clue about the whole thing.

This is a classice case of an office romance gone-ugly.
William Oefelein, an astronaut, had a three-year affair with Lisa Nowark, also an astronaut at NASA. Incredibly, both were still married during the entire affair. Finally, the office romance ended when William ditched Lisa as well as his wife for a third woman.
That’s when Lisa turned berserk on him.
Lisa in a classic ‘distraught ex-girlfriend’ fashion drove from Texas to Florida to literally kick Will’s girlfriend’s butt. And that she did. As if it wasn’t kinda hilarious, she also wore a diaper so she won’t have to stop anywhere before her “stop”.
Even if you’re laughing right now, you gotta give it to her for the determination. A true NASA quality!]]>