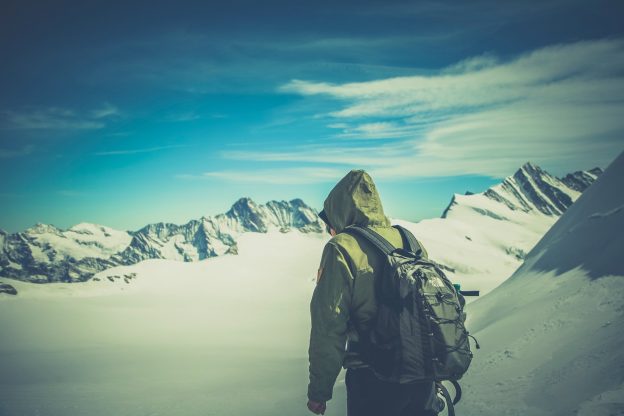 The kind that likes to walk a completely alien and unbeaten path. Their ‘unbeaten path’ sits million miles removed from every other path out there. And when you finally hear about their journey from graduation to where they are now, it almost feels like a dream.

In the world that’s busy talking about passion yet not willing to move an inch, these spirited folks are perfect paradox to find success.

So, if you’re looking for an offroad career path or goosebump-worthy motivation, stop right here. Stop and meet the rare breed of IITians that is scattered across time, but united by raw passion to find success!

Navniet is the closest you can come to a real life hero and a total badass.

And here are a few awards he bagged during his tenure.

Talk about an all rounder find success, huh! Is there anything this guy can’t do?

Ironman. This one word is enough to describe Saurabh Aggarwal. This IIT lad turned his passion for adventure sports into a life goal. Here’s the incredible story of his raw courage and stubborn passion to find success.

I could go on about his terrific feats but you get the gist. Right now, he’s combining his love for fitness with his entrepreneurial drive by building FITSO – an affordable fitness and training app for everyone to find success.

Born and brought up in Calcutta, Peter is a self-taught Bonsai artist. You can guess his die-hard love for plants from his quote – “When you look at a plant, it’s like a mathematical problem and you have to find a solution.” Let’s take a look at his unconventional life.

He’s also published several books on Bonsai, holds workshops around the world, and owns one of the largest nurseries in the UK! So, if someone ever tells you passion can’t give you money, tell them about this guy. find success

Ok, so Bedabrata didn’t dive straight into film direction after graduation. But just look at what he accomplished on both sides of the grass to find success.

Incredible isn’t it! How many folks leave their jobs at 45 to start fresh in a totally alien industry? I say the folks that are driven by unstoppable passion and true grit. Go here to get more of his awesomeness.

Vijay’s passion for uplifting rural areas and fighting against poverty ignited when he was a sales executive with Phillips. It was while touring Guwahati, Bihar and Orissa on the job, Vijay saw extreme poverty. Restless and wanting to do something about it, he took the road very few dare walk upon.

Seriously, he’s done so much in his career that I’ll just direct you to his wiki page. Go dive in the awesomeness of a true champion of the rural India.
Okay folks, this is where the list ends. But fortunately, the list of IITians who took an uncharted path to live their dreams is pretty long.

So, if you want us to bring more such inspirational stories to you, just holler at us below in the comments. Now, one last thing…
Listen up, IIT folks – Did you notice everyone on the list had one habit in common? The habit of Never Settling. So, if your current job profile or salary offered during campus placements feels like a compromise, don’t settle!!

That’s why we want to invite you to the India’s first and biggest online placement event for final year students from Tier-1 colleges – Un-Campus Placements. Placed or not, Un-Campus gives you the freedom to explore as many companies you want for better profiles, better salaries and everything in between. Know everything about Un-Campus in 2 minutes here.]