🚀 The Future of AI In Recruitment: Man vs Machine? Live with Reliance, Dunzo and Delhivery 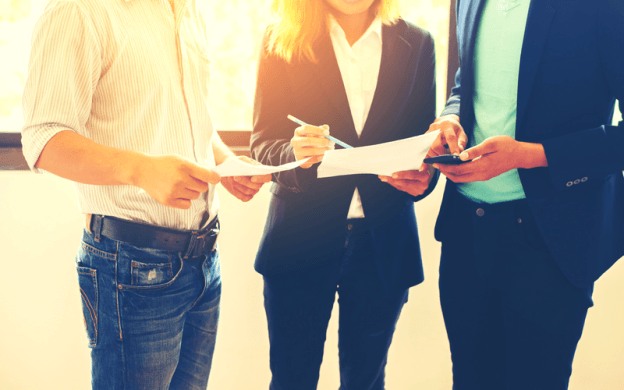 However, some companies deserve the word “disruption” taken in the same breath as their name. These are the battle-tested badasses that shone through funding crunches and volatile markets. Therefore, keeping tradition with our weekly mission to introduce the best startups to work for, we bring you epic startups you can’t have enough of. Seriously! Here we go.

In times when your website traffic is considered nothing more than a vanity metric and your visitors suffer from banner blindness, Adpushup is a breath of fresh air for web publishers and bloggers.
Simply put, AdPushup is an advanced A/B testing tool to optimise your display ads. It helps web publishers and bloggers create and test different ad placements, sizes and types on their web pages. The platform also easily integrates with ad networks like Google AdSense, ensuring no compromise in the UX.
Founded by Ankit Oberoi and Atul Agarwal in 2013, the company was valued at over 100 crores during their series A funding round. Their quirky team is headquartered in Delhi and serves customers around the globe. Right now, they’re hiring star performers to fit into their fun-loving team and disrupt the ad-tech domain.
One of the best startups to work for in India, drop in here to get a job at AdPushup.

Kuliza is a product engineering firm assisting enterprises and startups build and maintain end-to-end web and mobile products. Their offerings? Commerce Websites, Web Apps, Mobile Apps, IoT Apps, UX Revamp, Big Data Consulting, and Re-architecture & Scaling and more.
For instance, one of their products is ZaSocial. Which enables you to conceptualise, design, and build online communities, social apps and games, and social commerce platforms. Based out of Bangalore, they’ve worked with more than 80 enterprises and tech startups across the world.
Their client list includes big names like Ford, Nissan, Intuit, Flipkart, Quikr, Myntra among others. I guess that’s enough to impress you. And make you apply for working with them right now. Hiring only the best of the lot, Kuliza needs craftsmen with an eye for attention to detail. You up for it? Good. Because they’re one of the best startups to work for in India and they’re hiring techies in here.

Built specifically to help investment professionals, Sentieo is an equity research platform of the 21st century. The platform marries a powerful search engine to a smart research management system to supercharge the research process for traders. You can see company performance, public document search and social media alerts all in one place. One user even said, “it’s like Google Finance on steroids.”
How does it work? Well, Sentieo focuses its natural language processing (NLP) and deep semantic search technology on an exhaustive database of global financial documents. And this results in instant search of SEC filings, transcripts, broker research, and news to find key text and data.
Today, Sentieo is a well-funded, fast growing financial data startup in a $100Bn+ global market. They’re headquartered in San Francisco with offices in India. Convinced to land a job with them yet? Well, if you feel like ditching the playbook and innovate products on your own terms, Sentieo has jobs for you. You can hop in here to check out jobs at one of the best startups to work for.

You’ve heard of Zoomcar before. If not, they’re going to be your favourite joyride pal once we’re done telling you about them.
Zoomcar is a self-drive car rental service which allows you to rent cars by the hour, day, week, or month. They officially hit Indian roads in February 2013 with 7 cars in Bangalore. But now, they’ve grown their fleet to humongous 2200+ vehicles at more than 85+ locations. Also, they offer almost every car model in the market; from hatchbacks, sedans, SUVs to luxury cars.
In short, when you book a Zoomcar you get all the good parts of owning a car minus a headache. With their dream to serve customers not only pan-India but also abroad, they’re hiring to scale up their teams. And if you worry about the funding, they’ve raised $45.2M in 6 Rounds to date. Pretty sweet, no?
Want to work with a startup redefining the way India travels? Check one of the best startups to work for in India here.

Founded in 2007, InMobi is India’s first unicorns and an early leader in ad-tech space. One of the world’s largest independent mobile ad network, InMobi provides a bunch of value added services for both mobile advertisers and publishers.
At the core of its functionality, InMobi matches publishers and advertisers. Publisher’s who want to earn money from their mobile assets (apps) interact directly with advertisers who want to reach a large customer base. Recently, MIT Technology Review recognised InMobi as one of the 50 most disruptive companies in the world.
Inmobi is headquartered in Bangalore, with operations around the world. At the core of their philosophy is a focus on hiring talented folks and nurturing them. And that makes them truly the best startup to work for in India. If you’re looking for ways to enter this ad-tech giant, they’re hiring ambitious, driven people in bulk here.
Bonus: Want to see more awesome startups hiring this week? Enter here to see all the 500+ startups and companies waiting for folks just like you]]>