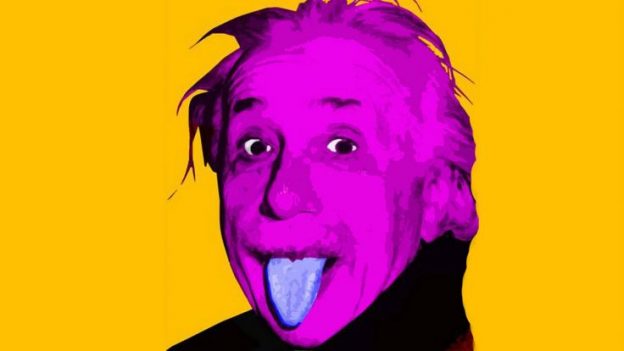 Well, it has more to do with practice than intelligence. After all, if you were bombarded with wacky, tricky questions (like the ones I’m about to show you) for 4 years, your brain will also be wired differently for sure.
From career counselling interviews to society tryouts to semester exams, IIT students are not only judged on knowledge, but their ability to think outside the box. And once you start finding solutions to almost impossible scenarios/questions, there’s no work you can’t excel at.
But sometimes, the profs and society heads ask such questions just to mess with the “kids”. Gotta cool down with the serious stuff sometimes right?
So here are some really serious as well as totally useless questions that prepare these top rankers for future in one way or another.

Even though it’s a dead serious question, you can’t miss Prof’s sense of humor. If I saw this question in my exam, I’ll 100% fail because my head will be drowning in Alok Nath memes and then invigilator would have to throw me out for obvious reasons. Actually, reading the rest of the sheet, I’ll fail anyway.

Q2. – Another image below

This is the best cringe-inducing element for all the Chem guys who hate their branch. Alternatively, it may as well be Prof’s dark satire (imagine evil laugh) because he has set the paper so that most students are bound to fail.

Q3. – Yet another image below

You know your Prof is a champ when you see this question in your exam. I mean, think about it. He combined a silly social trend with intricate human emotions, feelings, biological factors, and social elements, and then introduced probability to define the outcome in numbers!! I can only guess that the guys who solved it got really good at finding their next ‘right’ partner 🙂

Q4. – ”Imagine you are a banana and we are all monkeys. Convince us to not eat you.”

Asked by Robotix Society @ IIT Kharagpur. I wonder if bananas could really talk, wouldn’t they be happy to be the everyone’s favorite fruit and just let us eat them?

A guy answered, “You could use it to strangle someone.” Well, isn’t that everyone’s first guess really? Gotta give him credit for speaking his mind though.

Q6. – “Can she feature in the Playboy Magazine?”

An interviewer (guy) asked a student interviewing for the society, pointing to another interviewer (girl, of course). How would you answer it?

Q7. – “How will you convince me to buy your ice-cream if you have an ice-cream business in a very cold place, say north pole?”

A panel selecting students for B-Club asked this gem. In addition to a having a great business acumen, I say he’ll make a great HR head!

Q8. – “What is the probability that an IITIAN is dating an IITIAN?”

This question is so good, you wish they asked you this in every interview! Contrary to popular thought, I say the answer is – a lot! (I also believe this was never asked at an IIT, can’t confirm though.)

Ooh, this one’s good, really good. Imagine you went through hell and cracked one of the toughest exams on earth to be somewhere, and now a guy asks why DON’T you wanna be there. Did someone call a psychoanalyst instead of a career counsellor?

What?! Did you really ask someone that – doesn’t matter IITian or not? This particular counsellor must have really wanted to piss the guy off and bring out some real answers.

Q11. – “Should not IITIANS be paid rather than paying for IIT?”

A classic example of weird yet enlightening question. Sadly, almost every student goes with the obvious answer – No. But it’s really intriguing if everyone answered truly and gave a peek into beliefs of the best brains in India.
However, folks at top institutes like IITs don’t keep rolling around having fun. The goal is to discover yourself, groom your skills, and finally start a career that you love. And this is where we can help!

Students at IITs/NITs/BITS/NSIT and other Tier-1 colleges are invited to Un-Campus Placements. Whether you have a job offer or not, Un-Campus lets you explore as many profiles (and salaries) as you want with amazing companies and see if we can beat your campus offer. Don’t settle with your campus offer when greater opportunities are out here!! Read Un-Campus FAQs in 1 min. to know more.]]>